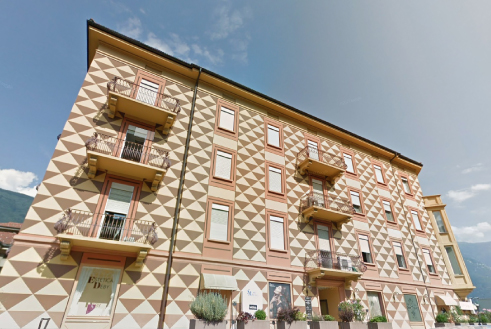 Headquarters in Bellinzona, offices on the 1st and 2nd floor

Present in Switzerland since 1994, based in Bellinzona, Impresa Generale Costruzioni Pizzarotti SA boasts more than several centuries of history. It is in fact totally owned by the Italian Pizzarotti & C. S.p.A., established in Parma in 1910 as a sole proprietorship by Gino Pizzarotti and today ranked as the fourth leading general construction companies in Italy. Partner of public bodies and large private companies, Pizzarotti & C. S.p.A. is mainly active in the construction of road and motorway infrastructures, civil and military airports, energy sectors, industrial plants and prisons. And, since the Second World War, it has proved to be a valuable ally in the industrial and infrastructural reconstruction of Italy.

Thanks to the extensive and rich background of its Italian parent company, Pizzarotti SA can also rely on a strong technical and organizational structure, which is essential especially in the prefabrication and industrial building sectors.

And thanks to the financial strength, the Group is now opening up to new countries, like the Principality of Monaco, where it is active in civil construction through its subsidiary Engeco SAM in Montecarlo; Algeria, where it is present in road infrastructure sites through its subsidiary PIZZAROTTI S.a.r.l.. Since 2012, moreover, in consortium with the Italian parent company, it has opened a branch in Romania, partecipating in the realization of major works.